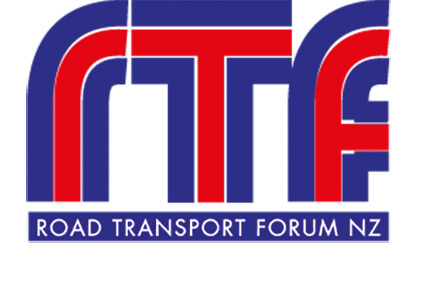 “On Monday this week, New Zealand’s capital city ground to a grid-locked halt for five hours because of a small slip on State Highway 2. This shows us a number of things to be concerned about,” says Nick Leggett, CEO, Road Transport Forum

The city predicted to be hit by a big earthquake any day now has no transport resilience; the management of the response to the slip leaves us wondering about the capability in New Zealand to build all this new infrastructure cash is being splashed at; and the needs of a handful of cyclists seemed to take precedence over the many motorists trying to get north of Wellington city on both SH1 and SH2 from 2.50pm, when the slip was first reported, until 8pm, when traffic cleared.

On RNZ the next day, in explanation of the magnitude of the five-hour snarl-up, the safety of cyclists – with their cycle lane on SH2 closed by the slip – was cited by NZTA as one reason for closing one traffic lane to cars and trucks. NZTA conceded that closing one lane on a highway in peak hour traffic causes major issues and is a vulnerability for Wellington. There was no mention of the existing cycleway that runs adjacent to this part of SH2. It is apparently a bit rough and is being upgraded, but surely it could be used in this kind of situation?

Every winter this road has a slip at least once, causing this kind of traffic mayhem. A lot of commuters reported this was the worst wait they’d ever had. While the slip appeared very small, there was apparently a lot of instability in the bank running alongside the highway. It was also difficult for crews to access the site and get the appropriate gear there due to the built-up traffic.

This highlights the dangerous lack of resilience in the roading network and the clear need for the Petone to Grenada highway, which has been put on ice by the Government. This is despite it being listed as a top priority in the Wellington Lifelines report – to safeguard New Zealand’s economy in the event of a magnitude 7.5 earthquake on the Wellington Faultline. Our economy certainly can’t take another hit right now.

On Monday, motorists trying to get to Petone and beyond in the Hutt Valley were advised to take SH1 and then go across SH58. That just caused SH1 to gridlock and added 40km-plus to people’s journey home. Another reason to get the Petone to Grenada highway out of the mothballs, and of course, to get Transmission Gully finished.

The situation with SH2 can only be described as chaos, with no clear strategy or plan of action for something that is a regular occurrence in winter and could cost lives in a major earthquake.

Added to the mess that Transmission Gully has become – with a finish date moving out all the time to now possibly 2023 – it is hard to have confidence in the big picture planning for New Zealand’s transport network, particularly for our major cities. When it comes to Auckland, I only need to say “light rail” and you get the picture.

The situation in Wellington is sadly reflective of many parts of New Zealand’s road network. Operators are constantly telling the Road Transport Forum how much harder it is to get their trucks from A to B, or the damage their gear suffers and the additional cost pressure that puts on them. The state of the road - be it poor maintenance or limited capacity - is usually to blame for these pressures.

With our current track record, there are some big question marks hanging over New Zealand’s ability to recover from the economic hit caused by Covid-19 by building infrastructure. We don’t have the expertise, and with our borders closed indefinitely as we try and eliminate Covid-19, where are we going to get the necessary help from?

Each day another announcement is made about money being spent somewhere on infrastructure. New Zealanders need to mark all these announcements and hold those making them to account to actually deliver; to have the capability to plan, design and manage these projects; and to have the people on the end of all those shovels to do the work.

Shovel-ready may well be the most misleading catchcry of 2020 - Nick Leggett, CEO, Road Transport Forum