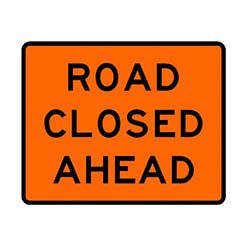 Between 2016–2020, five people lost their lives or were seriously injured at this intersection. Most of the crashes were caused by vehicles turning right, cars travelling too fast and poor visibility.

Waka Kotahi wants a future where everyone feels safe and no one is killed or seriously injured on our roads. As part of that Road to Zero strategy, we’re building a roundabout to slow down traffic and make it safer and easier for people to turn.

“Road to Zero sets us on a path to achieve Vision Zero, a New Zealand where no one is killed or seriously injured on our roads. One of the key focus areas as part of this strategy is safety improvements to high-risk sections of road where deaths and serious injuries occur such as this one,” Ms Wilton says.

Starting this week, our contractor will be setting up a site office and getting things ready for clearing vegetation. They’ll then locate and move any services before getting the earthworks underway.

We’re also making it safer for people on bikes, so they don’t have to navigate a busy roundabout when travelling north towards Tauranga, they can safely bypass the intersection by using a cycle path along Rangiteaorere Road.

With construction kicking off in July, this project is scheduled for completion February 2023