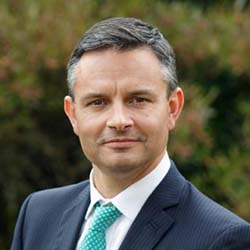 The Climate Change Commission’s blueprint for addressing climate change has confirmed the Government has made good progress to reduce emissions, but a step up is now required.

The Commission’s final advice sets out the total amount of emissions New Zealand must cut over the next 15 years. It also provides three different pathways the Government could follow to keep within the proposed emission budgets.

“The Commission’s final advice shows that this Government is taking action to reduce emissions in all the right areas,” Jacinda Ardern said.

“The transition to a low emissions future for Aotearoa New Zealand will create jobs and new opportunities for Kiwi businesses, help reduce household energy bills, and secure our recovery from COVID-19. There will also be benefits to health because of warmer, drier homes, more walking and cycling, and less air pollution.

“The Commission makes clear for the first time that delaying action will only make the effort harder and more expensive for the economy in the long run; it predicts that not taking action now will cost us 2.3 percent of GDP by 2050, almost double the cost to our economy of acting now.

“We need to ensure the way we get around, how we grow our food, and where we get energy from to keep our homes, schools, and hospitals warm is consistent with our climate targets.

“How we’ll do this will be set out in an Emissions Reduction Plan that will be published before the end of the year.”

Climate Change Minister, James Shaw said the release of the advice marks a significant moment in the work this Government is doing to build a low emissions future for Aotearoa New Zealand.

“However we are yet to see a sustained decline in the pollution we put into the atmosphere. And even when we do, we need to ensure that decline continues and, in fact, picks up pace, every year until we hit net-zero. The Commission’s advice makes clear that this is possible, but only if we act now.

“They have set out a pathway that would need every part of the Government to come to the table and commit to further action to bring down emissions in their sector. If we can do that, then we can reverse the current trend and finally bring emissions down in line with what science requires. There will be work for everyone to do, so from now on nearly every Minister will, in some ways, be a Climate Change Minister.

The Commission’s final advice sets out a pathway for reducing emissions across a range of sectors, all of which the Government is making progress on.

Transport - Transport is currently the fastest growing source of greenhouse gas emission in Aotearoa New Zealand. From 1990 to 2019 emissions from road transport increased by 96.2 percent.

When it comes to addressing the climate crisis, cutting emissions from transport will be vital. The Government is already taking forward the Commission’s recommendations in areas like increasing the use of low emission fuels and installing charging infrastructure for electric vehicles.

“Reducing emissions across the transport sector is a massive task, but it is achievable and will help support our economic recovery. We’re committed to making sure transport does its part in the Emissions Reduction Plan to meet our climate commitments, unclog our cities, and create sustainable jobs across the country,” Michael Wood said.

Finance - The Commission’s advice recommends that the Government recycle revenue from the Emissions Trading Scheme back into emissions reductions programmes. Finance Minister Grant Robertson has already committed to doing this from Budget 2022.

The Commission also highlights the importance of clear and transparent information about financial firms’ exposure to climate risk. James Shaw noted that Aotearoa New Zealand recently became the first country in the world to introduce a law that would require large financial firms to report on climate change.

The Commission says action can be taken to reduce emissions while continuing to grow the economy. In 2050, the level of GDP could be around 1.2 percent lower than it would be if we continued with the policies we have today. Importantly, the Commission says this is outweighed by the cost of inaction. Delaying key action, it says, could result in the level of GDP in 2050 falling by around 2.3 percent.

Agriculture - Agriculture is another sector vital to our low emissions future. The Commission highlights the importance of further research into reducing agriculture biogenic methane emissions, as well as the Government’s work to build the world’s only farm-level emissions measurement, management and pricing system.

“The Commission shows that it is both affordable and achievable for the agriculture sector to play its part in meeting our climate change targets. Farmers around the country are making good progress to align their business with efforts to reduce emissions. Our challenge now is to accelerate the use of existing technologies and ensure the further adoption of on-farm practices that lower emissions. We will set out how we plan to do this in the forthcoming Emissions Reduction Plan,” Agriculture Minister Damien O’Connor said.

Aotearoa New Zealand is the first country in the world to legislate for a price on agricultural emissions and we’re currently building the world’s only farm-level emissions measurement, management and pricing system, which will come into effect in 2025.

Energy - The Commission says initiatives like the Government Investment in Decarbonising Industry Fund are crucial for supporting industry to transition to a cleaner future. Their final advice also highlights the importance of phasing out coal boilers, which the Government has committed to doing by 2037.

“We are making real progress to boost clean energy in Aotearoa New Zealand, but we know there is more to do. We are committed to decarbonising our energy and industrial sectors in a fair and equitable way that aligns with meeting our climate change targets,” Minister of Energy and Resources Megan Woods said.

The Commission also says the price signal provided by the reform Emissions Trading Scheme will be key to decarbonising process heat. James Shaw said the Government is working on a number of reforms to the ETS which will build on the work it did last term to overhaul the ETS and put a sinking lid on emissions for the first time.

Buildings - A low carbon future for Aotearoa New Zealand means ensuring low emissions, energy-efficient, warm, healthy homes and workplaces. The Commission highlights the Government’s work in this area, including plans to extend the successful Building for Climate Change programme to include existing buildings.

“The Building for Climate Change programme is looking in depth at what can be done to reduce emissions and improve the performance of buildings,” says Minister for Building and Construction Poto Williams.

“The Climate Change Commission’s report is an important contribution to this work programme. The advice and information it provides will help shape the comprehensive work that’s underway to create effective change in the building and construction sector.”